Vitiligo started appearing to me about seven years ago. At first it was a few small spots on the hands and elbows, but gradually the spots grew larger. I was also at the dermatologist and she confirmed the vitiligo, saying that it is incurable. I tried to change my diet, I started taking more vitamins, but vitiligo was slowly increasing. I hoped it would go away one day, but when the spots appeared on my face, chin and back of my neck, I started to deal with it. 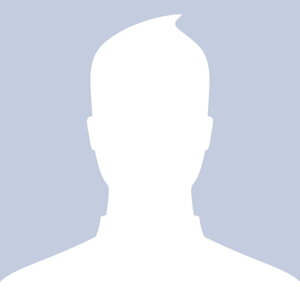 I also tried laser sessions, which helped anyway, but were very expensive. When I stopped going there, the spots came back.

Later I read about UVB dermalight lamp on vitiligoshop.sk
It convinced me that this was the last thing I tried. I bought a lamp and a package with Vitix gel and pills. It was a little more money at once, but in the end I didn't regret it.
I heated the spots every other day and increased the frequency, before each heating I painted the places with gel, as recommended on the page.
The first results came after a few weeks. The first pigment spots began to form on my neck and face, and these spots repigmented the fastest of all.
Later, new pigment spots also appeared on the elbows and under the arms.
I warm up with a UVB lamp, use Vitix gel and take Vitistop pills every day. About 70% of the spots on my body have been repigmented and I continue treatment.
Thank you for your help and advice. 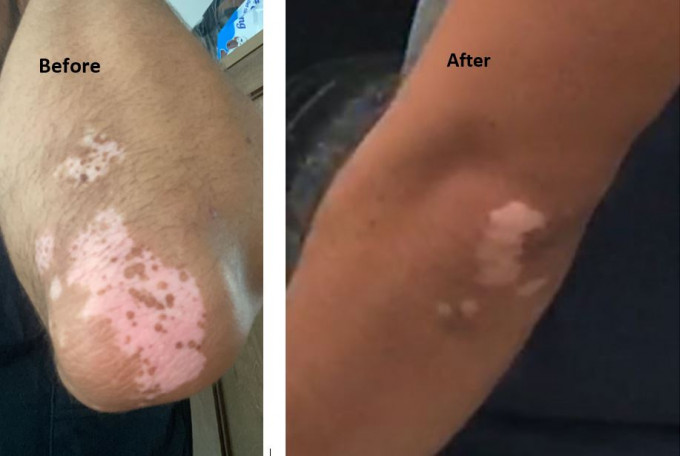 Privacy preferences
We use cookies to enhance your visit of this website, analyze its performance and collect data about its usage. We may use third-party tools and services to do so and collected data may get transmitted to partners in the EU, USA or other countries. By clicking on 'Accept all cookies' you declare your consent with this processing. You may find detailed information or adjust your preferences below.

Show details
Our webpage stores data on your device (cookies and browser's storages) to identify your session and achieve basic platform functionality, browsing experience and security.
We may store data on your device (cookies and browser's storages) to deliver non-essential functions that improve your browsing experience, store some of your preferences without having an user account or without being logged-in, use third party scripts and/or sources, widgets etc.
Use of analytic tools enables us to better understand needs of our visitors and how they use our site. We may use first or third party tools to track or record your browsing of our website, to analyze tools or components you have interacted with or used, record conversion events and similar.
We may use cookies and third party tools to enhance products' and/or services' offer of ourselves or those of our partners, its relevancy to you, based on products or pages you have visited on this site or on other websites.
Close
This site is protected by reCAPTCHA and the Google Privacy Policy and Terms of Service apply.
Added
Continue shopping Order